The Tuesday after Monday

Yesterday was the first day of classes. US History survey post reconstruction to the present. My prof suggested I was in the wrong class as I am a History major, check with your advisor. I did, my prof was wrong. Next class, Variations in Human Sexuality, a class of 701 students. WOO HOO! Dr. Carrington's Sex Class is the way the professor introduces it. After lunch, Survey in World History, the beginning to 1500. We receive a mini lecture on periodization; The Ancient Period 10,000 BCE - 500 BCE - Agricultural period, formation of administrative states, wealth, patriarchy. I think about Gerda Lerner postulating that it is the development of the concept of property which creates patriarchy. The Classical Period 500 BCE - 500 CE Patterns in religion and philosophical thought are established in Eurasia which influence us today, formation of migration patterns, regional empires, regional transfer of technology. I wonder if the term "Classical" is not perhaps a western bias? What about the theory of African origins of Greek society and thought? Post Classical Era 500 CE - 1500 CE Stage is set for rise of modernism. Wealth, power, and technology becomes concentrated in the east, the Ming Dynasty in China, the Ottomans in the Middle East, the Mughol Empire in India. Quick discussion of the Paleolithic Era, which we will not cover, 200,000 BCE - 10,000 BCE First economic revolution from the domestication of fire.

Repeat again on Wednesdays and Fridays. This should be fun!
Posted by woody at 12:10 PM No comments: 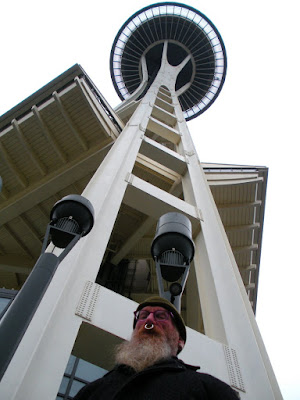