Straights Don't Get It.

We went to see A Single Man last evening. The story of the last day in the life of an English professor who is mourning the sudden death of his lover eight months earlier. His lover dies while visiting his parents who live in another state. He learns of his lover's death from his lover's cousin, who calls to tell him against the wishes of his lover's parents. He also learns the funeral services are for 'family' only. During the course of the evening his best friend Charlotte, with whom he had an affair years before, tells him his relationship with Jim was not the real thing, not like the relationship she had with a man that ended in divorce and produced a child who is know estranged from her.

Of course, the film tells us at the beginning that it is November 1963. Things have changed, right? You would not guess it from the titters and snickers all around us in the theater at inappropriate moments in the film that came from nervous straight people, the same people who reacted with shock at the notion that Jim's parents would not tell George of Jim's death. During a tender moment when Jim and George are kissing each other after they find their new home, titters and laughter. Or when George and Jim first meet in a crowded bar post WWII. A woman tries to pick Jim up, but he tells her he is taken, while looking at George. More titters.

It is easy to watch pointed homophobia set in the past and recognize it. It is sad to realize that it is so ingrained and institutionalized that the very same people who can recognize still exhibit it in a city supposedly more liberal and accepting than most.
Posted by woody at 5:45 AM 2 comments: 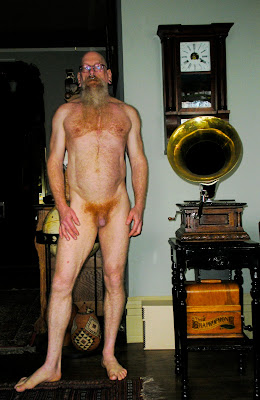