As I walked down the street he said to me, "You know, you are not the center of attention you think you are."
"Excuse me?" I replied. I am always a bit taken aback when complete strangers start telling me things about myself on the street.
"You are only doing that because you think it makes you the center of attention."
"Why do you think you have the ability to know what my motivations are?" I asked.
"For christ's sake," he swore, "why ELSE would you be walking around like that. There are children here, you ass." he said pointing at two children who were with a woman who seemed to be amused by the entire encounter.
Of course, I replied that it does not hurt the children.
"You know, you really led a fucked up life!" he told me.
"That's the most oppressive and bigoted think I've heard in a long time, " I told him.
"You have a really fucked up life." by know he was yelling and his boyfriend was pulling him away, saying, "Just leave it alone."
I turned around at the intersection of Eighteenth and Castro and saw the Sisters on one corner and drag queens on the other corner and thought, oh my, so who gets to choose who is acceptable and who is not?
NUDIST POWER NOW!
Posted by woody at 4:40 PM 4 comments: 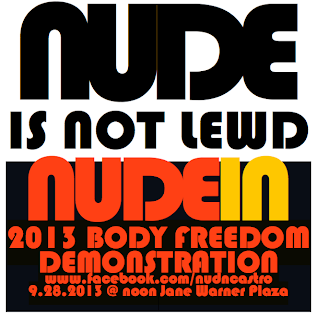 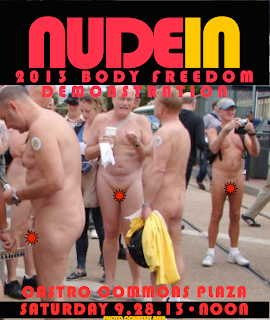 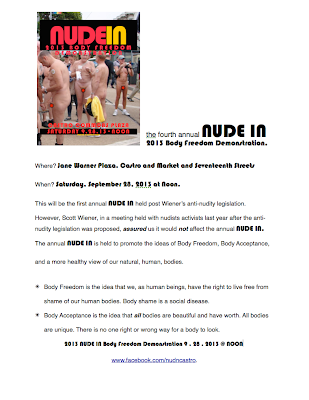