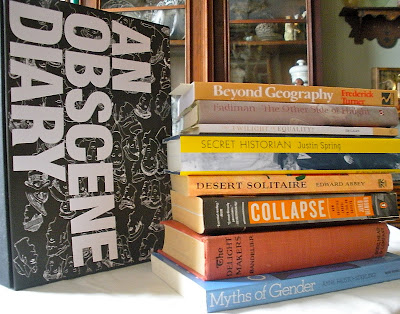 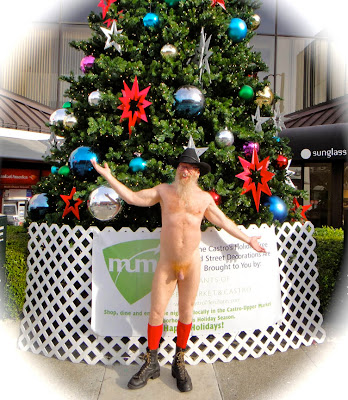 Sarah Vowell gives us a history of the Puritans written in a style meant to appeal to mass popular culture while chastising Americans for their distorted notion of their nation as a “Puritan nation,” because, unlike today’s Americans, “Puritan lives were overwhelmingly, fanatically literary” (13). Specifically, The Wordy Shipmates covers the period between 1629 and 1640, focusing on John Winthrop, John Cotton, Roger Williams, and Anne Hutchinson as a means to explain the origin of concepts such as American exceptionalism and manifest destiny, freedom of religion, and equality for all along with major themes in political and civic discourse such as the ongoing debate over public and private which have haunted the country since that period. Many readers accustomed to more rigorous histories will find The Wordy Shipmates controversial; ultimately Sarah Vowell produces a good read but she commits a myriad of factual errors and fails to use a historical lens when approaching her subject. This leaves room for doubts concerning the rest of what she says, especially since nothing is cited. I feel she does not accomplish what she sets out to do due to the lack of structural clarity, lack of a strong thesis, or a well constructed argument. Sarah Vowell’s argument lacks the accessibility she brings to her text, which ultimately renders her book confusing.

In The Wordy Shipmates, Sarah Vowell highlights the inconsistency she sees in our seeming obsession with being a “Puritan nation” given the fact that the Puritan movement was a scholarly, academic movement while the current state of our nation’s knowledge of its own history is anything is not. Perry Miller, one of the few sources Vowell actually acknowledges in her book, wrote that “Puritanism was a learned, scholarly movement that required knowledge and a respect for the cultural heritage” (15). Ms. Vowell goes on to contrast that Puritan mindset with the contemporary public’s knowledge of its own history, mostly learned from the mass media of the Boomer Generation, the Brady Bunch, Happy Days, Mr. Ed, or what Ms. Vowell refers to as the “Boy, people used to be so stupid school of history” (20). Ms. Vowell’s point here is that this is not a recent sin, but one which has been with us since at least Henry Wadsworth Longfellow’s “The Courtship of Miles Standish”, and “The Midnight Ride of Paul Revere,” both of which are full of historical inaccuracies. So part of Ms. Vowell’s project is correcting the historical mythology through her own mass media version of the story of the Puritans. The question then becomes, how accurate is Ms. Vowell’s interpretation?

Ms. Vowell warns us to be careful of judging the Puritans, to realize they were born before the Age of Reason, and to therefore use a historical lens when pondering their thoughts and actions (22). If only Ms. Vowell would take her own advice. Ms. Vowell ponders how often politicians reference the “City on a Hill” passage from John Winthrop’s “A Model of Christian Charity” sermon, especially politicians such as Sandra Day O’Connor and John F. Kennedy who, as Ms. Vowell puts it, would cause Winthrop to roll over in his grave if he knew such people (a woman and a Catholic) held power. Ms. Vowell seems to have forgotten what she had reminded us of earlier, that times and attitudes do change. Ms. Vowell also decides from reading Roger William’s and William Wood’s thoughts on native life, that being a native woman in seventeenth century New England must have been harder than being either a white woman or a native man. Her opinion is based on the fact that native women did all of the agricultural labor and apparently were so accustomed to extraordinarily heavy labor that for them, childbirth was not difficult at all. As Carol Berkin explains in her book, First Generations: Women in Colonial America, this is an entirely white Eurocentric view which has been discounted by historians who have learned that they must handle cautiously what was written by Europeans about Native Americans, viewing them as artifacts of European’s adjustments to cultural diversity rather than as true guides to native cultures (57).

The second motif of Sarah Vowell’s book is the concept of our nation as a chosen people, a beacon of righteousness as an example for the world. Ms. Vowell claims the most obvious and most used example is the “City on a Hill” passage from Winthrop’s sermon, which Ms. Vowell tells us was not published until 1838, just in time for John L. Sullivan to declare that the United States had a right to all of Oregon due to America’s “manifest destiny to overspread and to possess the whole of the continent which Providence has given us . . .” In fact, as Ms. Vowell points out, Winthrop’s sermon created absolutely no stir in 1630 when he delivered it to the Puritans who were New England bound (35). The problem with Ms. Vowell’s rendering is that John L. Sullivan was not even born until 1858, and then went on to become known as the Boston Strong Boy and the first heavyweight boxing champion of the world. It was John L. O’Sullivan who coined the phrase “Manifest Destiny” in the July/August issue of the United States Magazine and Democratic Review.

That glaring error aside, Ms. Vowell’s point is that we dig no deeper into Winthrop’s sermon than the City on a Hill passage. Winthrop’s call was for a communitarian ethos where everyone works together and gets along, where everyone is responsible for each other and where some must be rich, some poor. Not exactly what our founding fathers had in mind 146 years later when they declared that all men are created equal. It is also an ethos which has a darker side . . . especially the part about being responsible for each other when you consider everyone needed to live up to Puritan moral standards. Nor do we critically analyze our own hubristic project in the world. The Puritans’ arrogant view as being God’s chosen people was tempered by the Puritan self-loathing sense of reckoning and the Calvinistic urge to watch over themselves and each other. As Ms. Vowell puts it, “the United States is still a city on a hill; and it’s still shining--because we never turn off the lights in our torture prisons. That’s how we carry out the sleep deprivation” (72). There are moments like these in Sarah Vowell’s book which are truly brilliant.

Another such seemingly brilliant moment is when Ms. Vowell discusses Anne Hutchinson’s project for moving Protestantism further towards a more personal relationship with God, not only linking the democratization of religion to political democratization but also linking the shedding of the need for authority (the idea one need not listen to a clergy to achieve salvation) to a dangerous disregard for expertise. This anti-intellectual impulse, persistent throughout American history at least since the Jacksonian era, leads us to elect leaders who are “wisecracking good ol’ boy[s] . . . instead of a serious thinker who knows some of the pompous, brainy stuff that might actually get fewer people laid off or killed” (215). I ask myself if these are really Ms. Vowell’s ideas. This passage sounds remarkably similar to one of Richard Hofstadler’s theses in his 1964 Pulitzer Prize winning book, Anti-Intellectualism in American Life (74).

In the end, Sarah Vowell tells us that it is not too late to begin again by quoting John F. Kennedy’s speech to a Joint Convention of the General Court of the Commonwealth of Massachusetts. Kennedy told us he was guided by the standard John Winthrop set before his shipmates and “ask[s] for y[our] help and y[our] prayers, as I embark on this new and solemn journey” (248). This, Ms. Vowell reminds us, was a new beginning and Kennedy was not alone. If only she had stated this at the beginning of her book, or at least on page 24, where she tells us the most important reason she is writing what she does is because “the country I live in is haunted by the Puritan’s vision of themselves as God’s chosen people.” Ms. Vowell seems to use her book as a series of long essays in which she develops her arguments and then arrives at her conclusion, a way of writing which tends to leave the reader somewhat baffled. Fortunately, Sarah Vowell is a good enough writer that she is able to string the unwary reader along.

Ms. Vowell admits she is a fan of the Puritans and finds them fascinating. She has some excellent notions regarding our national fixation with the Puritans, our national self-image, and the reality of our current situation. I fear that is not enough to redeem The Wordy Shipmates. A major problem with Ms. Vowell’s book is its multitudinous factual errors and failure to use a historical lens. I am left wondering how many other errors occur in her book that I am not aware of. Additionally, while Ms. Vowell admittedly is tackling a complex subject (a historical overview of the Puritan’s Great Migration based on John Winthrop, John Cotton, Roger Williams, and Anne Hutchinson as well as a critical analysis of our nation’s relationship with the Puritan ethos) she fails to present a strong thesis up front, so she is therefore unable to develop an understandable argument and seems to come to a conclusion by way of writing her book. I would hand this book back to Ms. Vowell, asking her how this is an example of her intellectual vigor, and demand a re-write.