While walking home naked from my friends' house Pink Saturday night, a woman who was partying with her friends on their front steps yelled at me. "Your disgusting and rude. Why don't you go and do that in front of your house in your neighborhood, not ours." I asked her where she lived. "Noe Valley," she responded, "but my boyfriend lives in the Castro." Well, I live right around the corner, I told her. To which she responded, "Well, Scott Wiener is my supervisor too, so I am part of this community and I think your disgusting." I told her I often see people wearing things I think are pretty awful, but I don't point it out to them. That that, in fact, was what was rude and disgusting.


Long ago, I moved away from my small town home town partly because people called me disgusting when I walked down the street. (It is called homophobia, but I never like that term. It is NOT a fear, but rather a hatred!). It saddens me that not only young heterosexuals are now moving into my neighborhood--the neighborhood where I and many more like me, many who are now dead due to the pandemic, worked so hard to carve out a space in which to exist, live, celebrate, and thrive -- but assimilationist homosexuals as well, who now feel they have the right to tell me I am disgusting when I appear in public because I believe differently than they do. 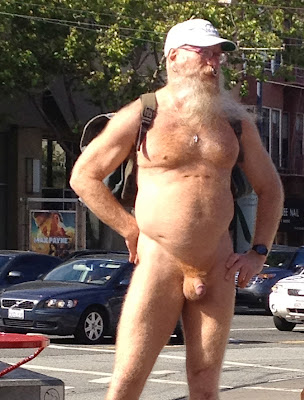 For I believe that our bodies are not shameful, nor obscene, nor do they need to be constantly covered and hidden away. The exposure of ones body in public, the normalization of public nudity, is a healthy thing, it affirms our shared humanity and our connections with the biosphere we share with all other living things. The learned belief that our bodies are shameful, rude, and disgusting is harmful, it is a hatred, not an opinion. It is the hatred of the human body. How can we believe we are advanced, civilized, and cultured, when we harbor a hatred for our own bodies, a hatred for ourselves? I will continue to walk proudly naked in public. For every person like that woman from Noe Valley whose boyfriend lives in the Castro and whose supervisor is Scott Wiener, there are ten people who like what I do, who approve of me. They are not always as vocal as she is, but every once in awhile they are, and I thank them.


It is Pride Week and I am allowing myself to become immersed in it for the first time in many years. I believe part of the reason for this is my increased commitment to the normalization of public nudity. It occurred to me that there is a certain territorialism involved with being naked in public on a daily, routine basis. By doing so, I am saying that I am part of this community and I have a right to be seen, to make my presence known and felt. I have come to realize that those who express displeasure at my naked body, either vocally or through more subtle body language, are exactly the ones who my message of claiming space, of territorialism,  is meant for. In other words, the only people I am pissing off are the exact ones I believe need pissing off!

With Pride approaching and the LGBT Film Festival occurring this week, many out-of-towners are here along with the usual number of tourists. The weather has been favorable and I have seen my claiming of space, of normalizing public nudity as a way to not only celebrate my pride in my body and the freedoms I am privileged to possess here In San Francisco, but also as a way to deliver my message to a wider Queer audience. To my pleasure, I have met one man from out of town who joined in the celebration of public naked pride. I also met another young man who told me he wanted to "get naked at Pride." I challenged him by asking why wait, why not just do it now. I am happy to report, it did not take much convincing and soon we were both happily running around the neighborhood naked. I sense he and I have the potential to become friends.

Happy Pride to everyone. Remember, Pride happens everyday, not just LGBTQ Pride or Queer Pride, but Body Pride, and Pride in yourself. Naked Hugs! 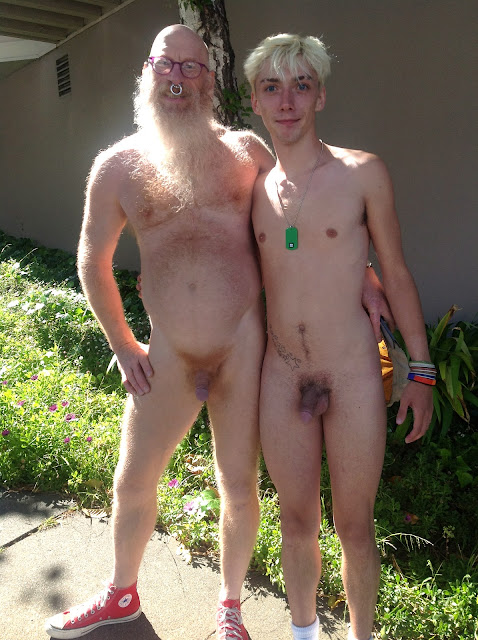 . . . and Walt Whitman's Birthday.
"I proceed for all who are or have been young men,
To tell the secret my nights and days,
To celebrate the need of comrades." 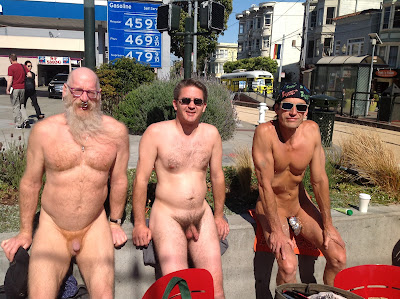