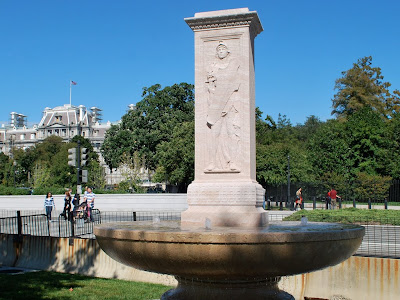 The Millet - Butt Memorial Fountain in Washington, D.C., memorializing two men, the American painter, Francis Davis Millet, and the military aide to both Presidents Roosevelt and Taft, Major Archibald Butt, who both drowned in the sinking of the Titanic and who were both homosexuals and best friends. Millet had lived with Charles Warren Stoddard in Venice in the 1870s and apparently had a romantic and intimate life together. According to Edith Kermit Roosevelt, Archibald Butt was a not-so-in-the-closet homosexual and her best friend and confidant. Millet and Butt were best friends, and were returning from a vacation in Europe, traveling together on board the Titanic. Millet did marry Elizabeth Merrill in 1879. Archibald Butt never married. 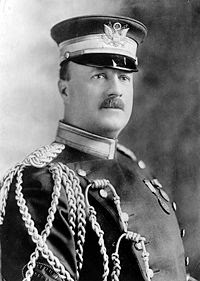 I've lived here for years and never knew that! Seen it plenty of times!